The Joint Photographic Experts Group (JPEG) is a joint working committee of the International Standardization Organization (ISO), the International Electrotechnical Commission (IEC) along with the International Telecommunication Union (ITU). The JPEG committee has a long tradition in the creation of still image coding standards, and their latest release is expected to be extensively exploited in new-era immersive applications.

The JPEG codec for image compression has been widely popular over the past 25 years, as it can reduce the file sizes of common images by a factor of ten. This compression process was developed so that images could be stored in cameras, which had limited memory, and easily shared over low-bandwidth communication networks. Yet, new applications, more efficient broadband networks and high-processing electronic devices require new solutions that can meet their needs.

Proving that new standards can be adapted to new conditions set by technological advances, on the 9th of April 2018, the JPEG committee unveiled JPEG XS, a new format for image-based compression which produces higher-quality images while at the same time requiring less energy consumption due to the reduced complexity, so that files can be transferred over high-speed networks with low delays. The JPEG XS standard compresses still images by no more than a factor of six; however, it is meant neither to compete nor to replace the popular JPEG format. Conversely, it aims to complement it by providing a suitable alternative for new applications on virtual and augmented reality, space imagery, autonomous driving, and professional editing. Although the compressed files end up being larger in terms of size, they are aimed to be directly consumed onto electronic devices rather than being stored, by exploiting the instantaneous delivery that can be achieved through new, high-speed broadband networks, such as 5G.

According to Professor Touradj Ebrahimi, an active member of the ImmersiaTV project who is leading the JPEG committee, “For the first time in the history of image coding, we are compressing less in order to better preserve quality, and we are making the process faster while using less energy”. He says that “we want to be smarter in how we do things. The idea is to use fewer resources, and use them more wisely. This is a real paradigm shift”. Regarding the visual quality of the encoded images, “Compressing the images with JPEG XS doesn’t compromise quality at all: even experts can’t tell the difference between an original and a compressed picture or movie”.

Applications that require faster transmission of higher quality images will benefit from such a standard. The near-lossless compression results in fewer artefacts in the encoded image, which in turn leads to high accuracy in the recognition of objects, for instance, while fast delivery is boosted by the low-complexity encoding implementation. Autonomous driving and manipulation of unmanned aerial vehicles (i.e., drones), are just a few examples of use cases. The minimum energy consumption, along with high-quality image acquisition, has also attracted the attention of the European Space Agency (ESA), among others. Smartphones are expected to support this standard in the near future, without replacing the legacy JPEG format that is employed for image capturing and storage, for immediate and high-quality media consumption.

Following the tradition of JPEG in standard releases, this format is also open source, which is a significant advantage for its adoption and integration in a wide range of applications. “In the immediate future, JPEG XS will be put to use in professional applications like movie editing, space imagery and professional-grade cameras. Consumer electronics will come next, including self-driving cars, virtual reality, augmented reality, and wireless connections between multimedia devices and TV monitors or projectors”, says Ebrahimi. “To be able to use JPEG XS, consumers will need to own the next generation of devices. In terms of software, they will probably just need to run an update, as they do from time to time on their computers and smartphones anyway”. 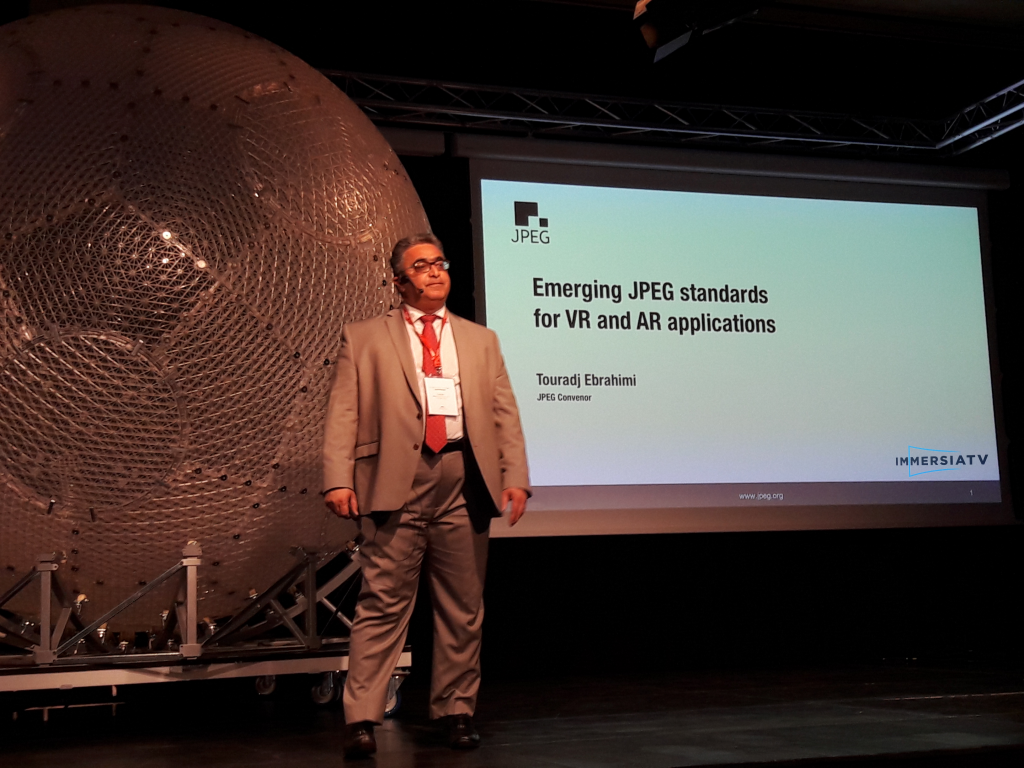